Posted on January 15, 2017 by protennisbetting

Welcome to 2017. Skipped the first 2 weeks of the season because of the difficulty predicting results for the opening weeks with no ATP tennis the previous 6 weeks.

Back at it for the firs major tournament of the year Down Under. Below are my Outright Tips for both the Men’s draw as the Women’s draw.

Unsurprisingly the men draw seems hardly competitive from a finalists perspective with Nr. 1 seed Murray and Nr. 2 seed Djokovic heavy favourites. This brings attention first to the Quarter outright betting where we can dodge these super favs. On a side note, if I were to take any of these two players on, it would continue to be Djokovic.

Wawrinka is favourite here and obviously loves this tournament. However, it is easy underestimate Stan due to his relatively poor performance outside the Grand Slams. The odds however do not underestimate Stan and I am happy to take him on. The likes of Kyrgios, Cilic, Tsonga and Sock all have a decent chance to go deep. From this list I like to side with the young, 24 year old Sock. His fitness levels have always been questionable but coming off an off season he should be fresh to give it a good go. In addition, he is coming off a morale boosting win in Auckland. His draw will see him likely against Tsonga in round 3, Cilic in round 4 and Kyrgios or Wawrinka in the quarter final.

Raonic is favourite in this part of the draw. However, outside of Wimbledon I do not back Raonic to win anything. His fitness is questionable and even though his part of the draw is not looking like a mine field, I still do not expect him to come through to the quarter final, with RBA one of the main hurdles.

I expect Monfils to carry on his great year in 2016 and extend his performance to a break through Grand Slam result. He has been seen practising well in the build up to the AO and I like his part of the draw where Nadal could be a 4th round opponent. Nadal has a great H2H against Monfils but on hard court the record is a not so abomidable 4-2 in favour of Nadal.

€10 on Gael Monfils for 13 available at Skybet 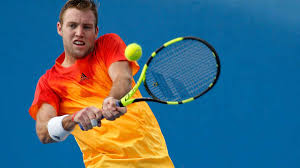 Women tournament is wide open. I expect one or more first time Grand Slam winners in 2017. It can surely happen already at the AO. My favourite is Johanna Konta and she can still be backed at 21.00. However, after her tournament win in Sydney her price has plummeted from 41.00 to 21.00 and much of value has been lost.

An outside players who can push for a deep run is Siniakova who is available for 301.00 at Skybet.

Among the favourites I really like Pliskova and expect her to go deep again after her US Open exploits. She is in a favourable part of the draw and her price albeit short still good value.